An Evening with the National Film Board of Canada

Posted by dayna on Sep 11, 2014 in ASIFA Events, Industry Events | No Comments 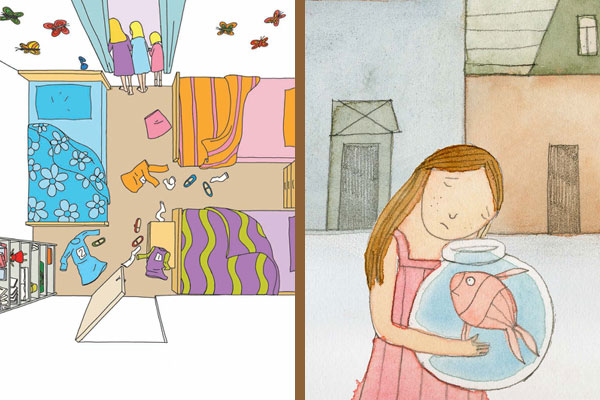 Left: Still from Me and My Moulton by Torill Kove. Right: Still from No Fish Where To Go by Nicola Lemay and Janice Nadeau. Produced by the National Film Board of Canada.

TORILL KOVE
Award-winning director and animator, Torill Kove will show her most recent NFB film Me and My Moulton, a witty animated short set in an unconventional family in 1960s Norway. She will talk about her creative process when writing, storyboarding and animating short films, using elements from her past and most recent works. This internationally known artist will present her two previous short films, My Grandmother Ironed the King’s Shirt, nominated for an Academy Award® and The Danish Poet – Oscar® winner for Best Animated Short in 2006.

NICOLA LEMAY
Since 1999, Nicola Lemay has been an outstanding collaborator with the NFB, as an animator, artistic director and filmmaker. He will show his last film No Fish Where to Go, winner of the FIPRESCI Prize at this year Annecy International Animation Festival. His presentation will talk about the stakes of adapting a literary work to short animation film. Several episodes of NFB’s Science Please! (Gémeaux Award – Best Animation Program, 2002) will be screened, a TV series in which Nicola Lemay acted as a successful artistic director and animator.

Admission is free and open to the public.  Seating is on a first-come, first-served basis. RSVPs via the Eventbrite page are appreciated, but not necessary.  Doors will open approximately 30 minutes early.  https://www.eventbrite.com/e/an-evening-with-the-nfb-tickets-13060519365