Posted by dayna on Sep 9, 2015 in ASIFA Events, Industry Events | No Comments 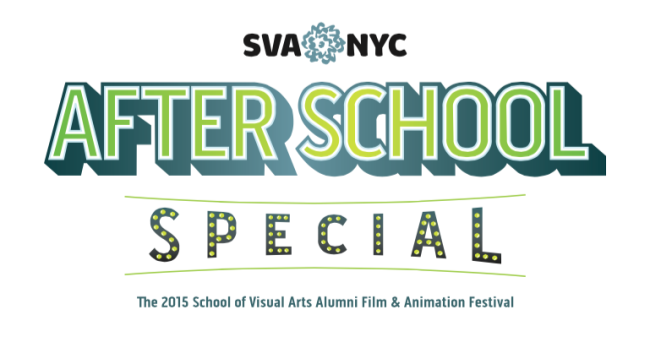 Once again, SVA is holding their annual After School Special 2015: SVA’s Alumni Film & Animation Festival! ASIFA-East is honored to be part of the amazing organizations that are promotional partners of this event. There are a number of wonderful animation screenings and Q&As being held, so make sure you save the dates and don’t miss out! See below for all information:

Featuring some of School of Visual Arts’ most accomplished film, television, animation, and visual effects alumni, this multi-day festival will include screenings, premieres of new work, and behind-the-scenes looks at cinema & television hits and classics, and all events will feature special Q&As with industry insiders. A full schedule and list of participants can be found at svatheatre.eventbrite.com.

Seating is on a first-come, first-served basis. RSVPs via the Eventbrite pages are appreciated, but not necessary. Doors will open approximately 30 minutes prior to each screening.

All events are free and open to the public and take place at SVA Theatre, 333 West 23rd Street, New York, NY 10011.
– See more at: http://svatheatre.com/events/alumnifest2015/#sthash.zcoC1UBa.dpuf

8:00PM A Tribute to Bill Plympton. Join renowned animator Bill Plympton (1969 Cartooning) for a special screening of his Academy Award-nominated short Your Face (1987), the NYC premiere of his new short film The Loneliest Stoplight (2015), his award-winning feature film Cheatin’ (2013), and sneak previews of his upcoming films Hitler’s Folly and Revengeance. Preceded by the NYC premiere of the short film Dime Crimes #34, by director Ed Hellman (MPS 2013 Live Action Short Film) and alumni from the MPS Live Action Short Film & BFA Cartooning departments. Following the screening and Q&A, a special signing with Bill Plympton will be held in the SVA Theatre lobby. Please click here to RSVP.