A Chat with Animator Chris Conforti

Posted by Richard on Apr 28, 2012 in Feature Articles, Interviews | No Comments

Last month I spoke with New York Animator Chris Conforti, whose work I first saw when I guest-lectured in Dave Levy’s “Careers in Animation” class at SVA. At that time Chris was in the throes of finishing his thesis film, and he was zonked for much of my endlessly fascinating lecture. He introduced himself  (and apologized for nodding off) during the break, and I found him to be sincere, dedicated, and very gifted. No wonder Chris was tired that evening. It takes almost everything we have as artists to finish a thesis film…as many of my current students are discovering

Chris is very busy these days, too. Unlike many art and film majors, Chris is that rare thing: a working animator (hooray!).  The hours are still long, and animation is a demanding art form, but Chris seems to have landed in all the right places, though the journey was a circuitous one.

I recall being charmed by Chris’ thesis film, “Frog” which was fun, funny, engaging and well drawn. Was that the film the opened doors for him? I’m betting several students reading this have been asking themselves, ” How do I get to the other side of the candy store window?”

“Well, yes, ‘Frog’ made people pay attention,” Chris says, “but it kind of took a while. It was playing in festivals for about a year and a half before I started to get offers for work.”

His educational experience was an eye-opener. “I thought going to SVA would be this intimidating thing– like once you got in the door, it was all going to be competition on a level I wasn’t used to. I was even on a waiting list to get in, and I assumed the competition was fierce. I had a great first year teacher, Matt Sheridan, who was tough, but fair. He’d be like, ‘if you’re not serious about this, there’sthe door.’ But it showed us what we were up against early. The standards were high, but not really so awful that it made me rethink that decision. In my high school, they were hardcore, and you had to audition to get in. I assumed New York would be the same, or even more intense, but my school experience was pleasant and fun,” Chris says, shrugging off that disparity. 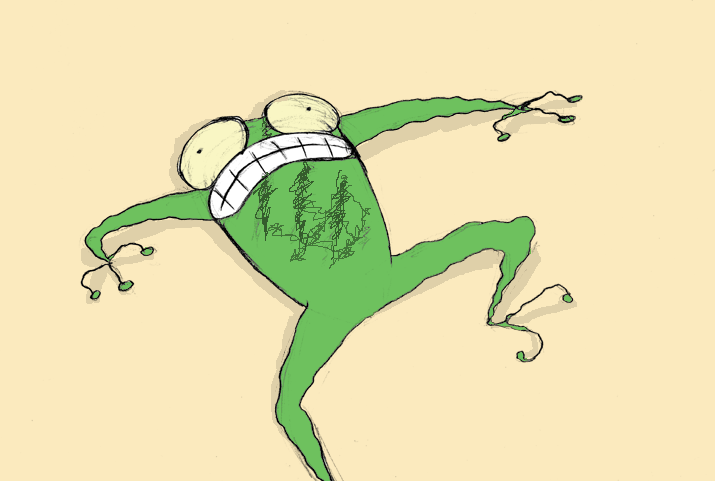 Chris grew up in Florida, and while at that time the Disney studios were humming along, there wasn’t much outside Disney to offer an opportunity, so Chris migrated to New York once he graduated high school. Chris’ time at SVA was productive, but what happened after was a grey area, for a while.

For a while, that studio was the center of some controversy, but Chris didn’t encounter the same stresses others did. “It was one of those places where everyone knew everyone, and you shared your work with people, and socialized. Today it’s not really the same, even if you do work in a studio environment, which in New York is less common. Where I work now, you’re more independent, and they don’t look over your shoulder as long as they know you’re producing. There are production meetings, where they hand off the work, but there’s not the same social interaction other studios have, with other artists. It’s fine, because I work better without distractions.”

These days, animators can work from their own homes (and many of the artists I know do just that). Chris prefers to work in an office environment, and he says the commute, and the destination of an office, are suited to his personality.

“I was at Augenblick Studios for a while,” Chris says, “and there, animation was considered much more of an art form than it is at other places. There was an informal feeling there, but the work felt more like art than business, which was nice.” 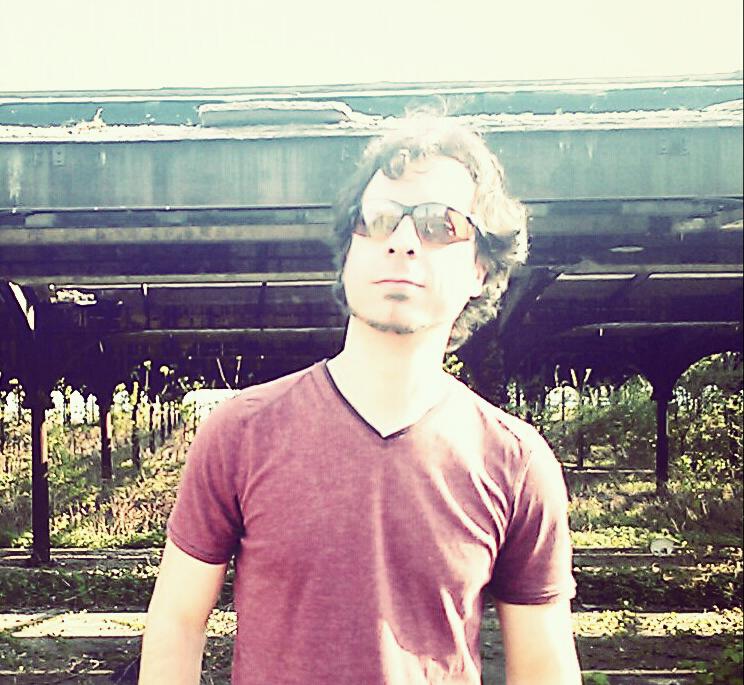 The Artist in his natural habitat

Chris works best in the “straight ahead” method: something I have never been able to master or assimilate. I asked him whether or not this was difficult to manage.

“Oh, no,” Chris told me. “I find it hard to work the other way, where I’m given a series of poses to connect and work between. It’s much more challenging that way to be spontaneous, or to create something that feels organic and alive. It’s hard for me to connect those different poses. At some of the places I worked, they weren’t comfortable with that. They were like, ‘I know you like doing this the other way, but while you’re here, do it this way, okay?'”

Despite the differences in approaches, Chris likes his work: something else I found unique and refreshing. “You’re in at around ten, and you go on until seven or so, with lunch. I rarely work overtime lately, though that’s always a part of this industry– and no; no one has ever offered to pay overtime. I don’t think that’s something that’s even considered or asked for, because everyone knows it’s just not done for some reason. I guess the hope is that you’re working efficiently, and that you’ll finish your scenes on time.” (Chris usually does).

Has he ever had to play professional hardball? “Once, there was this notorious studio,” Chris says (though he’s a gentleman, and doesn’t name the place). “They offered me a rate I just couldn’t live on, and I came in with another number. They didn’t match it, but they made the gig worth my while in the end. I was glad I spoke up, but I’m not really like that normally– and there’s always another job, if someone doesn’t want to pay you what you’re worth.”

Oddly, and thankfully, Chris hasn’t experienced the lean times many animators complain about. “I’ve been working pretty steadily since I graduated,” Chris told me. “I’ve had a few off months, but if you know what you’re doing, and if you know the programs, then you’ll get the work. I think people know me, and that helps, too. It’s rare that I call around, looking for a job. Most of the jobs I’ve gotten have been word of mouth. I guess I’ve been lucky, but I do take it seriously.”

I asked Chris if the “social networking” phenomenon has helped or hurt him. “I can’t say it’s made a difference,” he says, “but my old films are online, and I do think it can be a huge tool for a filmmaker.”

Does he have a film that’s close to his heart, that he’s been dying to make? “Someday, I’d like to work on something personal, something big. I love writing and coming up with stories on my own. For now I’m enjoying working, and being able to travel on the hiatus periods.”

Chris’ experience with the festival circuit has varied. Some he considers “a great place for inspiration, and for meeting other animators,” but an early experience in Chicago was disappointing: the films weren’t stellar, and it wasn’t specifically geared to animated films.

But after a while, “Frog” started to get recognition, and Chris himself met enough people (and made a good enough impression) that his name started coming up when people were hiring. He’s spent the last ten years as an animator, working mostly in After Effects, though he uses Flash occasionally.

I asked Chris if there were any recent shows or films that he especially responded to. “I enjoyed Rango, but I don’t want to say that it was a big influence on me,” Chris says, searching his brain for that one touchstone film that turned him around lately. “I will say what I don’t really respond to. There are series on TV that are all about the writing, and what you’re looking at are a lot of mouths moving, with occasional gestures, and I just…I kinda hate that. There’s nothing to it, and the animation in those shows feels lazy and sloppy to me.”

What’s the future like, for people like Chris? “Well, this is as secure as I have ever seen the industry,” he says, an unexpected comment, considering an economy that’s chancy, especially in artistic fields.

And what advice would he give to those graduating this year?

“It’s not that bad,” Chris laughs. “A career as an animator can be whatever you want it to be.”