Posted by Katie Cropper Klein on May 1, 2012 in ASIFA-East Animated Film Festival | No Comments 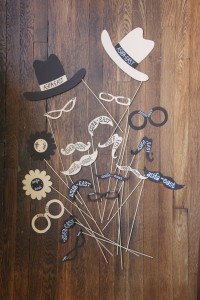 We owe a heap of thanks to many people for helping to put this Festival, Awards Ceremony, and Reception together:

Thanks again to Tracy Gromek and the New School’s Caitlin Hickey, and Anezka Sebek for having us.

Our Festival Co-Chairs were Nancy Keegan Lennert and Linda Simensky.

The 43rd ASIFA-East Signal Film was created by Chris Conforti and Kristen Chiappone.

Our projectionist for the Awards Ceremony was Brian Kase.

Our Awards Certificates were laid out by Caresse Singh with designs from the signal film.

Adrian Urquidez, Dayna Gonzalez, and Katie Cropper kept us all informed via various internet mediums about the Jury Screenings, Festival and Awards FAQ’s, and the Award Ceremony itself.

Justin Simonich did our Awards Ceremony postcard layout and printing.

Masako Kanayama set up and served our guests beverages at the beverage table.

Our Festival fundraising auction was co-coordinated by Tom Warburton and benefited from the generosity of all of you who donated art and bid on and bought items.

Steve Zelin was our Festival CPA and tallied the votes.

Our after party was at Fiddlesticks Pub.

And last but not least:

Thanks to everyone who entered a film this year!

And thanks to the ASIFA-East Board of Directors and to Dave Levy whose 11 years of experience was tremendously helpful in putting this year’s Awards Ceremony together.