Posted by dayna on Jan 2, 2012 in Feature Articles | No Comments 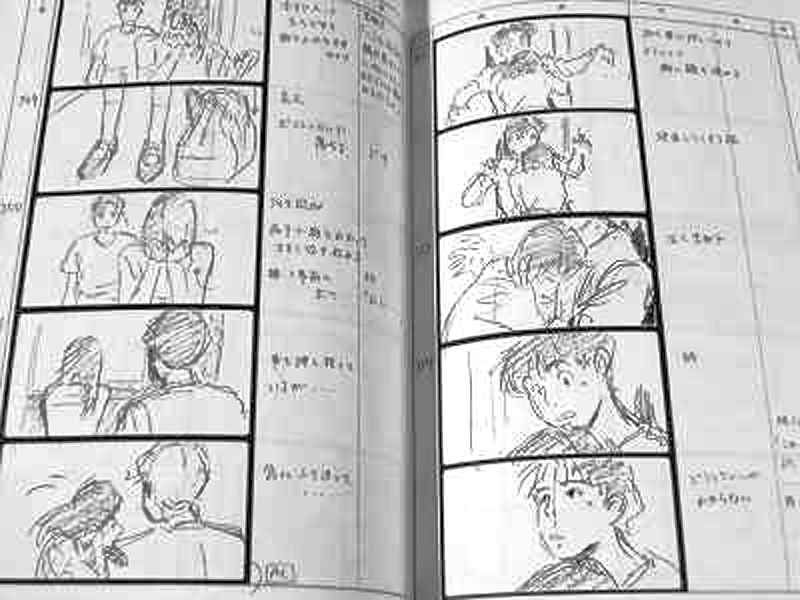 I suppose I went to a Studio Ghibli film festival, rather than a Miyazaki one.  I had just discovered that Tomomi Mochizuki directed an anime from that studio.   It is an adaptation of one of the novels of the late Saeko Himuro.  And I realized that this film, from two people from the same part of Japan (the Hokkaidō Prefuncture), was so similar to what I see in New York, except that it was another country in 1993!

Imagine if you will… a high-school.  These kids are all wearing uniforms, but the anime was giving off such a strong ‘preppy vibe’ I was wondering why I hadn’t seen it before.  A new girl moves into town from Tokyo and that’s when the drama really hits the fan.  American audiences would bait their breath for the moment when they burst into song to sing about their feelings, but they would pass out from exhaustion.  It was a little sad that I had to read subtitles very quickly and try to study the facial animation of the characters.  Emotions rippled back and forth from scene to scene and it made the crummy actions of those snotty people believable!  I had that experience with the movie “Cruel Intentions.”

It makes me feel really great to think that Studio Ghibli includes this kind of theatre in its repertoire.  It really sheds some light on the American Vampiristic-Art style, originating in the late 2000s… I went to the movie with some friends and we just couldn’t stop buzzing about these anime characters.  It’s like we were gossiping about them.  We couldn’t believe that Toshihiko would get so bitchy, and that Nobou would keep helping her out!  Don’t even get me started on the trip to Hawaii.

It was also a fun to see a little jaunty racist humor show up in the story as well.  My racist-joke humor is tuned pretty finely after seasons of “South Park” but you know, it’s Studio Ghibli.  That crazy girl from Tokyo interrupts a conversation with some guy who is crushing on her to make fun of his accent.  She had always watched Samurai movies when she was little and was surprised that someone could actually sound like that.