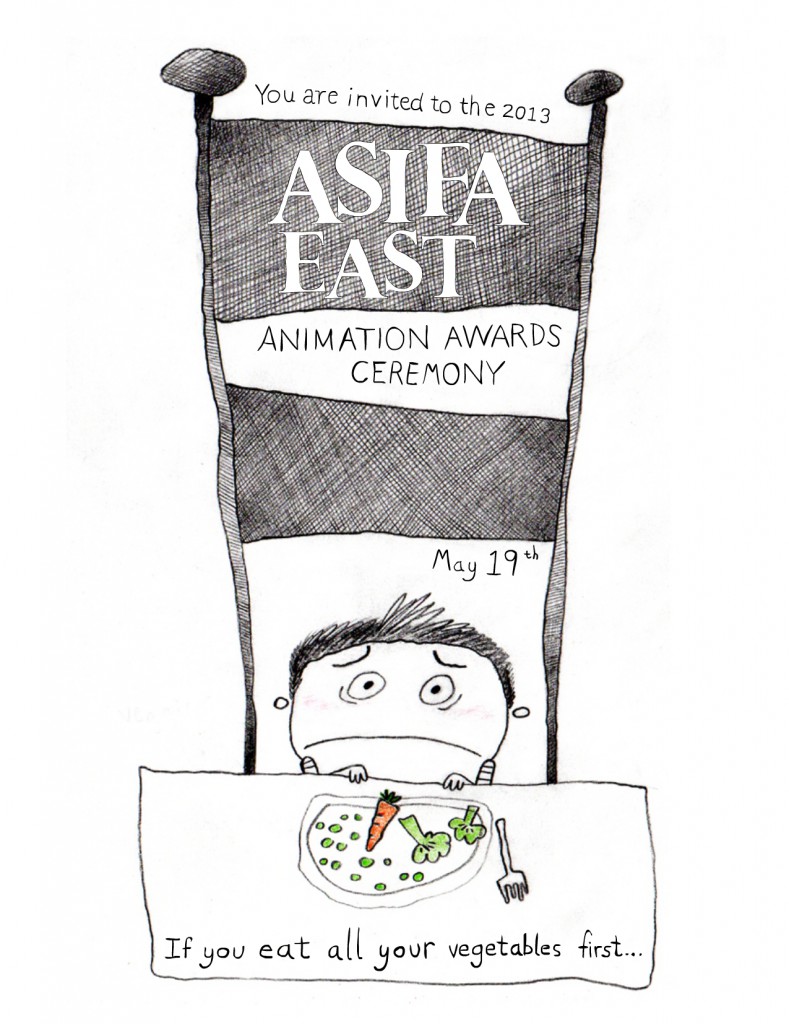 Everyone here at ASIFA-East is busy gearing up for the 2013 ASIFA-East Animation Festival Awards Ceremony! This just in – Dagan Moriarty is putting the finishing touches on our signal film, batteryPop is an official sponsor of  our reception, and Fiddlesticks Pub will be holding our After-Party!  Please join us!  Awards will be presented, bashful thank you’s recorded, and a lively reception will follow.  Awards will be given out across a variety of categories and craft from student, commercial, and independent entries to excellence in writing, design, and animation.

Debuting in 1969, the ASIFA-East Animated Film Festival is one of the longest running festivals of its kind. The festival is a unique showcase for the most groundbreaking independent and commercial animation being produced in the industry today. Every February, entries are submitted and judged during special jury screenings in March. The screenings are open to all but only current ASIFA-East members are permitted to vote for the winning films. The votes are sealed and tallied by an independent accountant and announced at a special awards ceremony in the spring. The exciting evening continues with a lively reception, where award winners, members of the industry, and lovers of animation can meet one another, enjoy a few refreshments, and network.