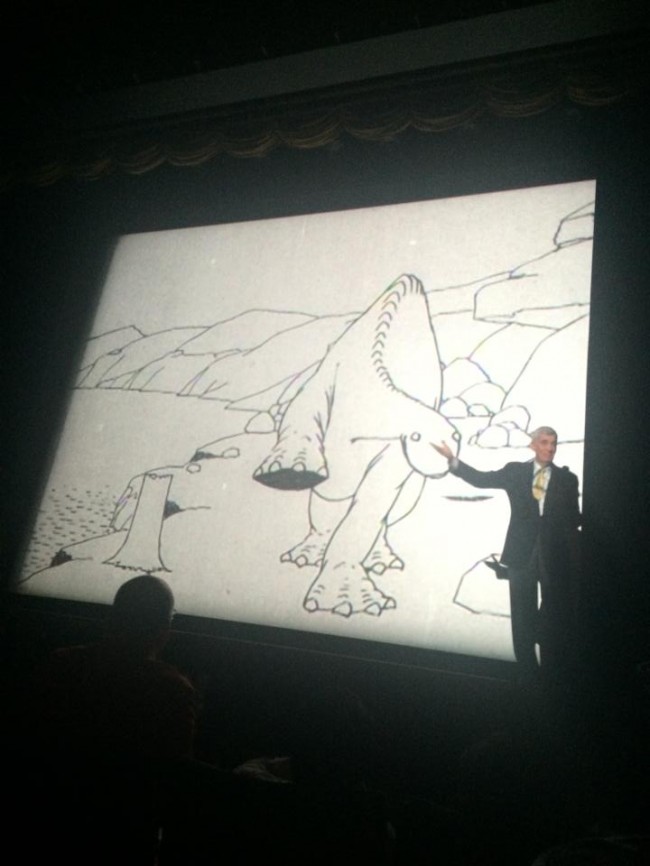 Mark your calendars!  Animation historian John Canemaker will celebrate Gertie the Dinosaur’s 100th Birthday with a lecture and screening at the Museum of Modern Art this November 7th, 2014.

Introduced by John Canemaker with piano accompaniment by Donald Sosin

Theater 3 (The Celeste Bartos Theater), mezzanine, The Lewis B. and Dorothy Cullman Education and Research Building

“Long before any princesses wandered across the screen,” Canemaker observes, “animation’s first female personality was spunky Gertie the Dinosaur, who celebrates her 100th birthday this year. McCay’s breakthrough film is a masterpiece of early character animation, a type of individualization in animation whose legacy is the pantheon of Walt Disney.”

This salute to Gertie and her creator, the prolific comic-strip artist and animation pioneer McCay (1867–1934), is richly illustrated with rare photographs and examples of McCay’s art for newspapers and the movies. It includes his seminal 1905 comic strip Little Nemo in Slumberland, and four of his extraordinary animated shorts: Little Nemo (1911), How a Mosquito Operates (1912), Gertie (1914), and The Sinking of the Lusitania (1918), as well as a re-creation—with audience participation—of the legendary routine that introduced Gertie in McCay’s vaudeville act.