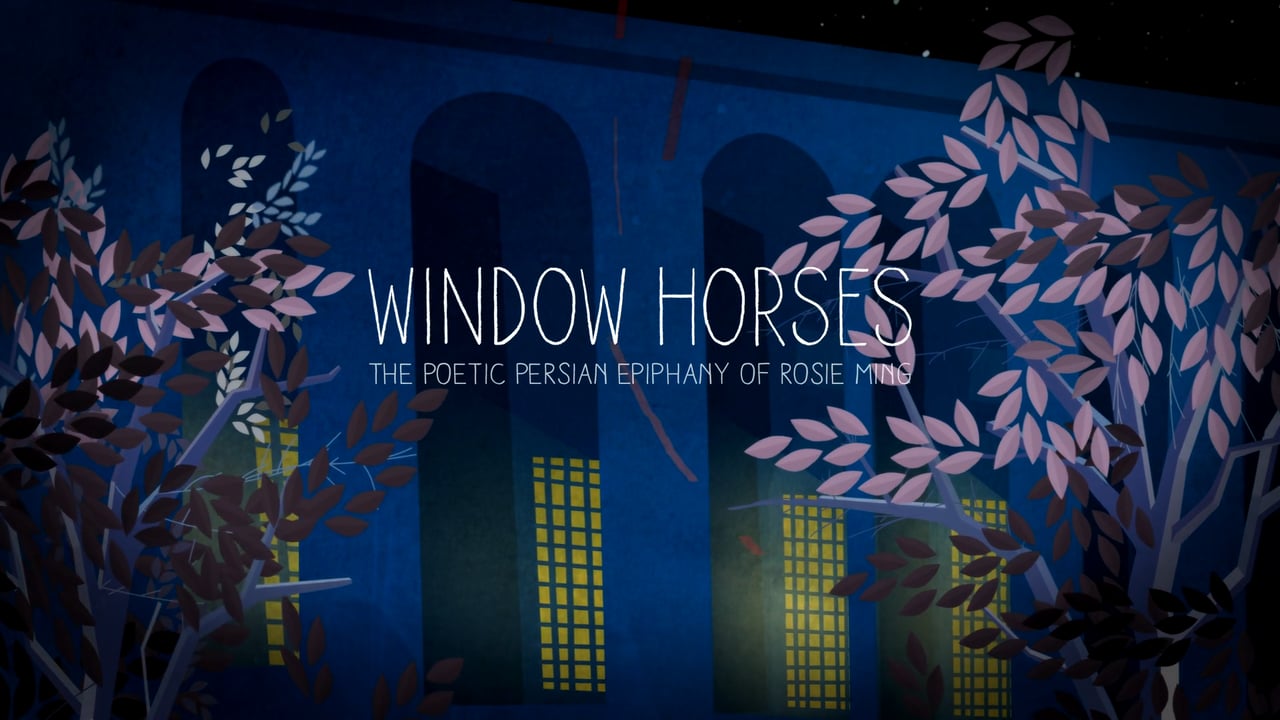 “An entertaining, educational, and poignant tale about identity and imagination that is filled with stories and poetry.” – Alissa Simon, Variety

“This is not just a visual treat, it’s a rewarding and unexpectedly engrossing piece of female-led storytelling.” – Wendy Ide, Screen International
“We are pleased to announce the animated feature WINDOW HORSES  is being released in NY on November 10.
The film is about Chinese/Iranian girl, Rose Ming (voice by Sandra Oh) who is disconnected from her Iranian side of her family but becomes reconnected when travels there to perform at a poetry festival in Shiraz, Iran.
WINDOW HORSES is voiced by Golden Globe winner Sandra Oh (Grey’s Anatomy, SIDEWAYS), Oscar nominated actress Shohreh Aghdashloo (HOUSE OF SAND AND FOG, 24) and Oscar and Golden Globe nominated actress Ellen Page (JUNO, INCEPTION) and is directed by award-winning filmmaker Ann Marie Fleming (THE FRENCH GUY) and

WINDOW HORSES has received much praise for it’s powerful message of love—love of family, poetry, history and culture.

Rosie Ming, a young Canadian poet, is invited to perform at a poetry festival in Shiraz, Iran, but she’d rather go to Paris. She lives at home with her over-protective Chinese grandparents and has never been anywhere by herself. Once in Iran, she finds herself in the company of poets and Persians who tell her stories that force her to confront her past: the Iranian father she assumed abandoned her and the nature of poetry itself. The film is about building bridges between cultural and generational divides. It’s about being curious. Staying open. And finding your own voice through the magic of poetry.