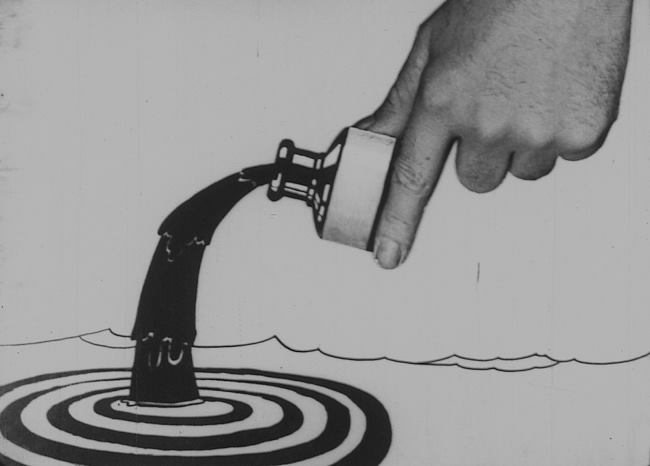 On Saturday, June 9, the Secret Cinema’s screening at the Fleisher Art Memorial will include a very special guest: early animation historian and film archivist Tommy José Stathes, who will provide a look into New York’s budding animation industry of the 1910s and 1920s.

The program is called NEW YORK CITY’S CARTOON ROOTS. With a selection of rare archival 16mm prints from Stathes’ personal archive, a fairly comprehensive cross-section of this silent-era subgenre will showcase the work of pioneers such as Winsor McCay, Raoul Barré, Earl Hurd, Otto Messmer, Max Fleischer and Paul Terry. Fledgling cartoon superstars like Bobby Bumps, Koko the Clown, Felix the Cat, Farmer Alfalfa, Krazy Kay, and Mutt & Jeff will all be included.

Stathes will give an informative introduction about this fascinating, yet little-studied period of animation, and answer questions about the films.

As usual, this Secret Cinema program will be projected in 16mm film on a giant screen (not video).

The screening will be shown in the beautiful Sanctuary of the Fleisher Art Memorial in Philadelphia’s Bella Vista neighborhood (just South of Center City). Free parking is available in the Fleisher’s parking lot, just across the street.

Just a few of the films to be included are:

Tommy José Stathes is an archivist, historian, distributor, and educator in the realm of early animated films. Stathes is best known in film history circles for creating the Bray Animation Project research initiative; the Cartoons On Film early animation re-release label and Cartoon Roots Blu-rays; supplying early animated films to and co-hosting them on Turner Classic Movies; as well as for his 16mm “Cartoon Carnival” film screening series in New York City. Stathes is also a faculty member at the School of Visual Arts and the Feirstein Graduate School of Cinema, and is Consulting Producer on CARTOON CARNIVAL: THE DOCUMENTARY, which is soon to be released.