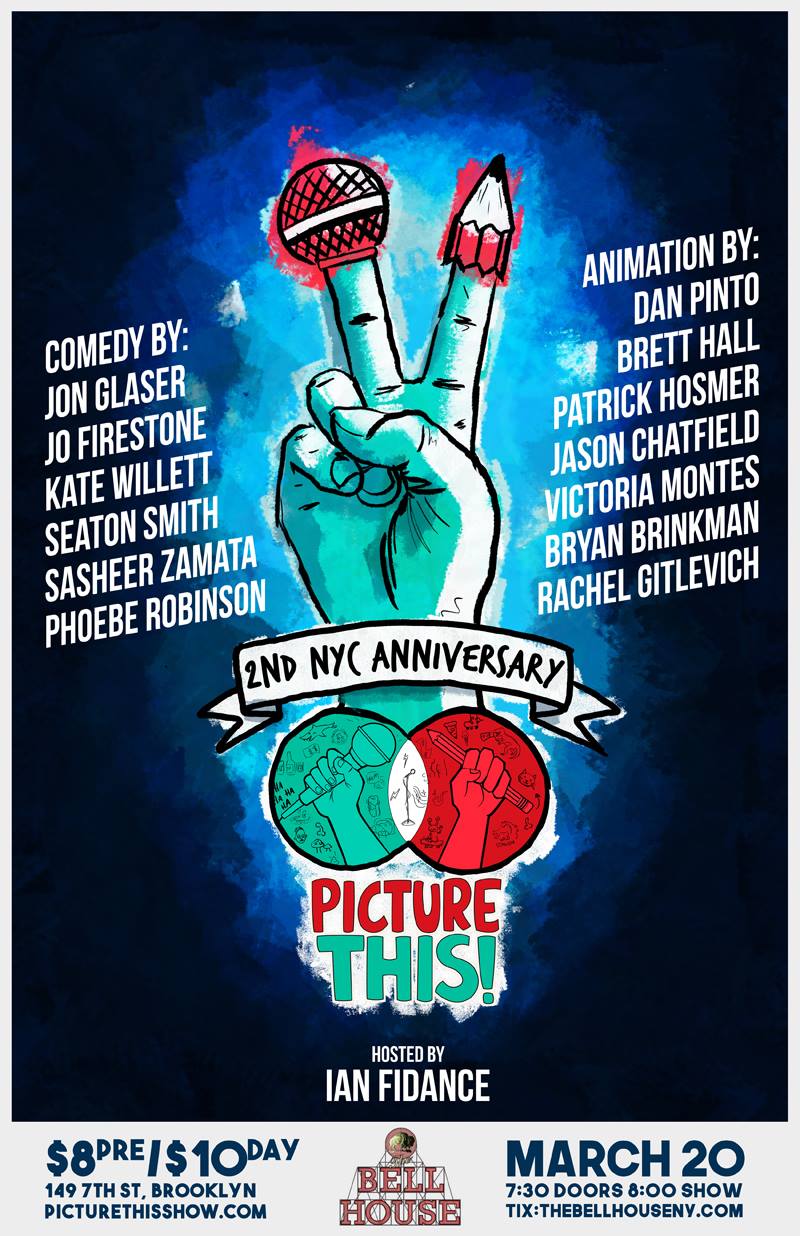 #Brooklyn #Gowanus: Picture This! is BACK for a VERY SPECIAL 2 YEAR ANNIVERSARY of our #NewYork show!! We’re pulling out all the stops with a big show at The Bell House!! 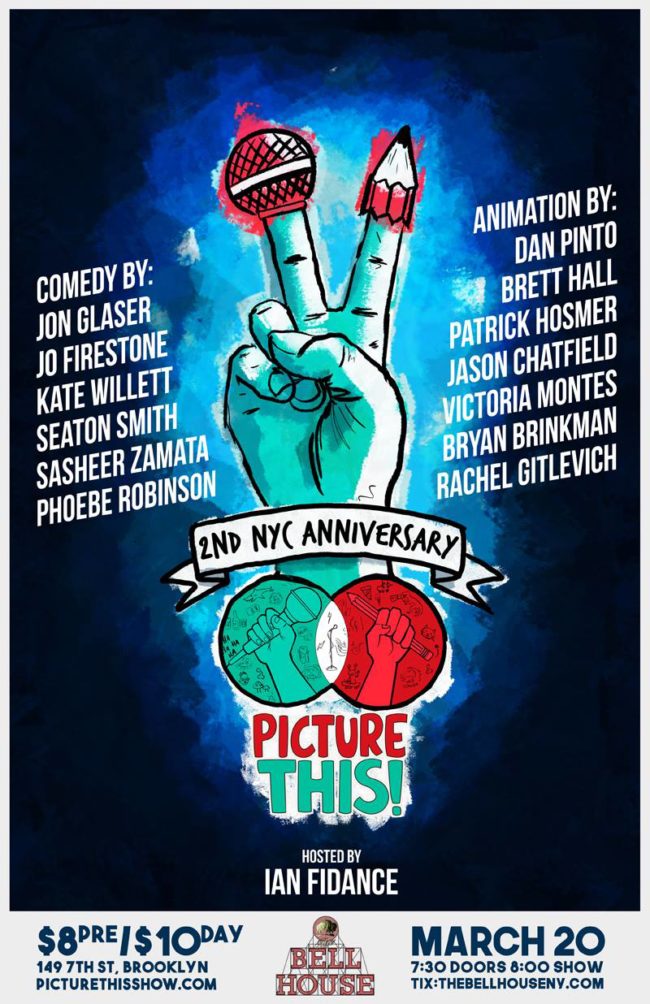 PICTURE THIS! is a new show from Brandie Posey & Sam Varela: two girls who want to push the boundaries of what a comedy show can be. Picture This! is a live comedy show with stand-ups performing while they are drawn live by some of the best animators, cartoonists, and other artists in Hollywood, CA, SF, NYC and Portland. Picture This! has also debuted in Toronto, New Zealand and Australia! The comedians don’t know what the animators are drawing and the animators don’t know how the comedians will react.

It may be weird.

But it will be FUNNY!