Out of the Closet – Queer Animation ReScreening 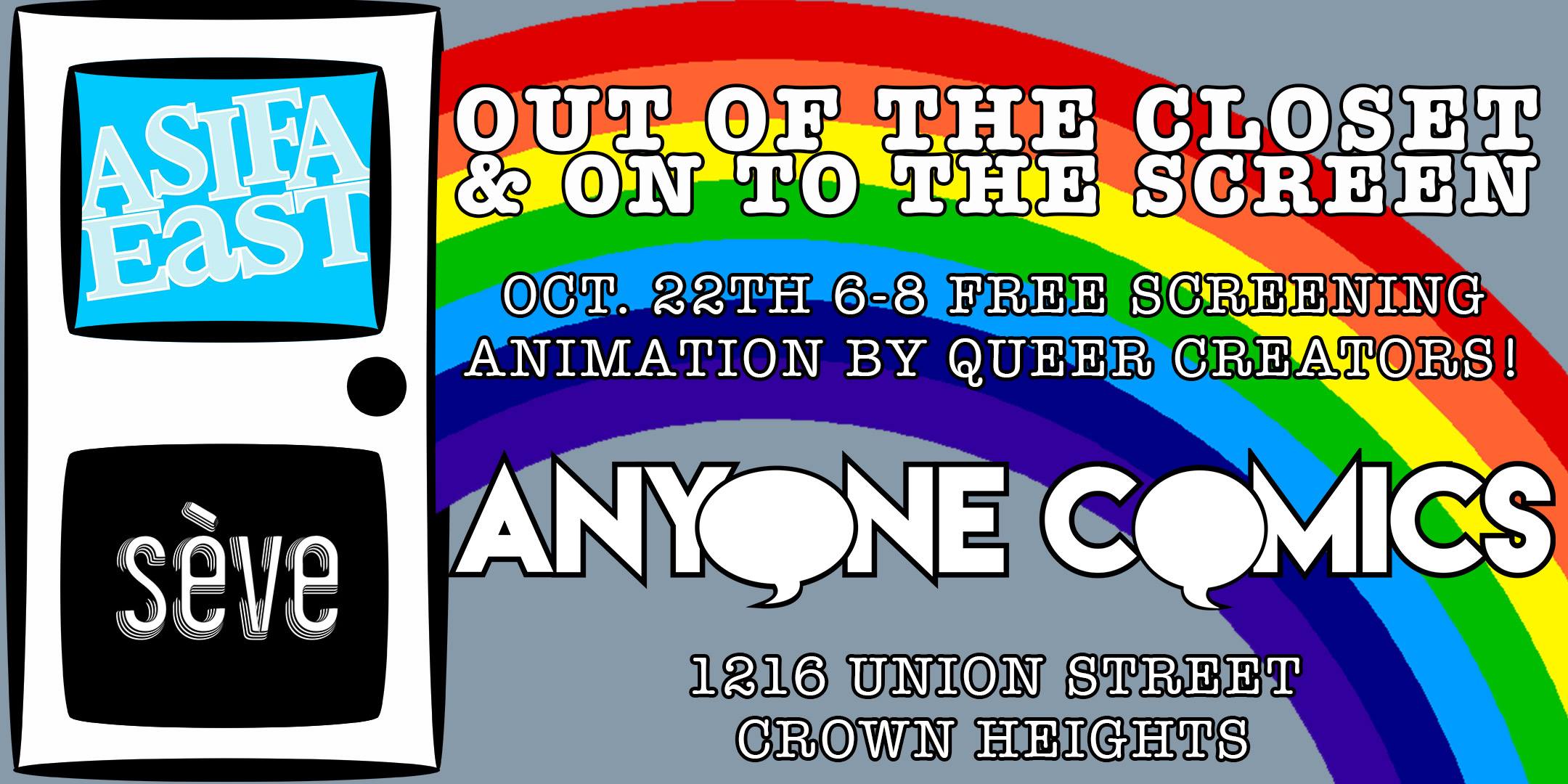 Celebrate Queer History month with “Out of the Closet and On to the Screen”! A selection of short animated films from the last 5 years and from more than 5 different countries.

Curated by Tristian Goik, who also animated the interstitial loops and sponsored by ASIFA-East this collection of animaded films is sure to touch you in some way, dark, funny or otherwise! This is an 18+ event.

Plugin by Sergio Di Bitetto, is “the story of a mechanical city in which every citizen is a part of the city itself, responsible for generating lights by connecting the male and female parts of the mechanism.”

Sleep Awake by Nora Meek, “an animated film about longing, compassion, and being there for someone who needs you.