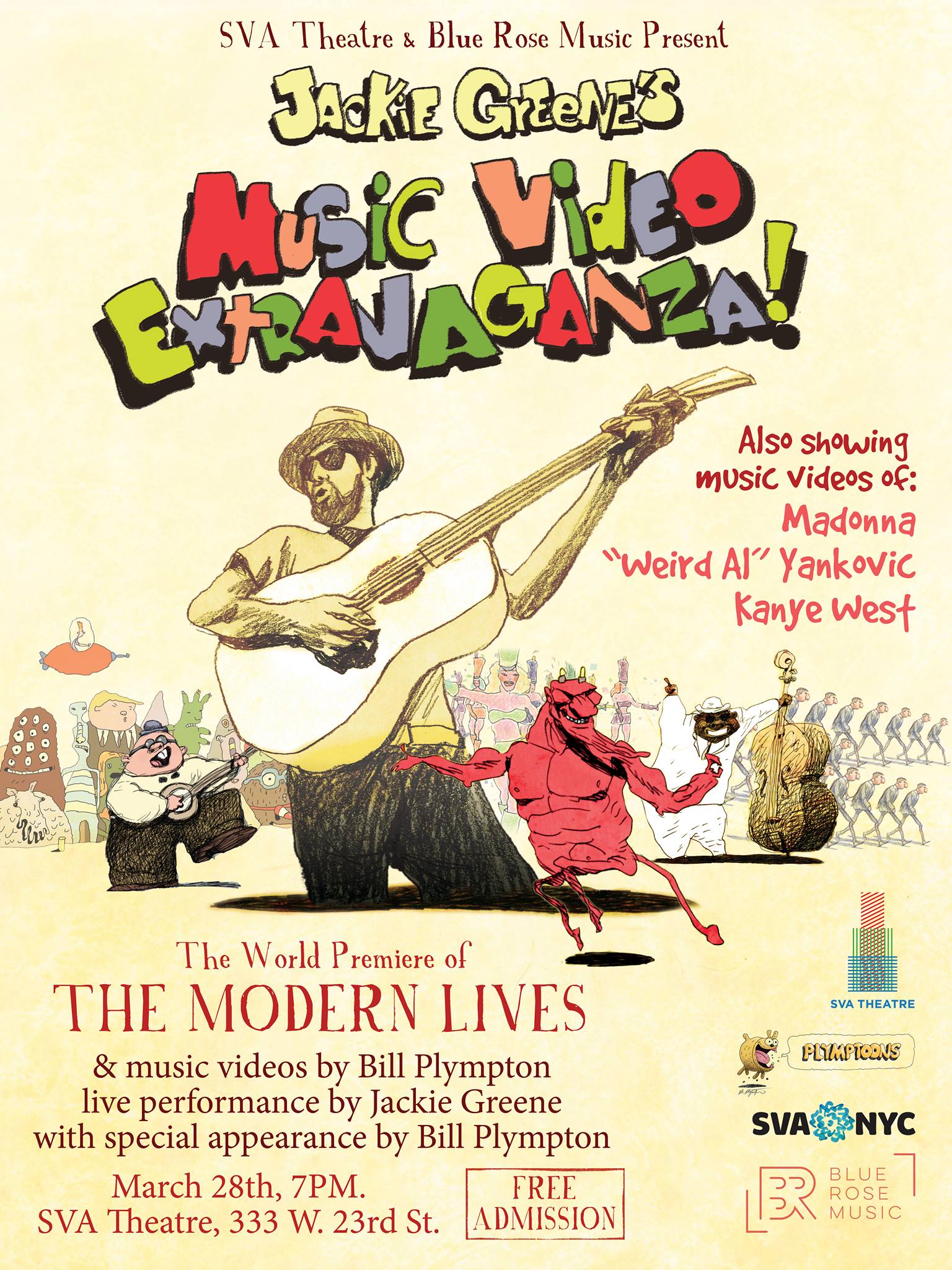 Join musician Jackie Greene and animator Bill Plympton for the world premiere of their new animated short film, “The Modern Lives”, followed by a live performance by Greene and a Q&A with both artists.

This screening is free and open to the public. General Admission RSVPs via Eventbrite are appreciated, but not necessary, and do not guarantee admittance. Seating is on a first-come, first-served basis. Doors will open approximately 30 minutes prior to the screening.

It’s a perfect match of fiercely independent artists: Jackie Greene, the rocking singer/songwriter hailed by the NY Times as the “Prince of Americana” and Bill Plympton, the Oscar-nominated “king of indie animation.”

Greene has always had a knack for capturing the human experience in all its messy, emotional complexity in song, and Plympton is well known for coupling his hand-drawn animation and twisted sense of humor with explorations of adult themes, relationships and sexuality. Together they’ve created “The Modern Lives,” an animated short film that takes you on the road from a tripped-out alien invaded Times Square to the deep roots of the American South. Along the way there are encounters with Elvis, Satan, Willie Dixon, an Alabama Queen … and so much more!

The program will also feature Bill’s animated videos for Madonna, Kanye West and “Weird Al” Yankovic – and Jackie performing a couple of songs from the film and the EP that inspired it, “The Modern Lives – Vol 1”. A Q&A session with Bill and Jackie will cap off the night!