GRUNT! An exhibition of works by Elliot Cowan – Opening Reception 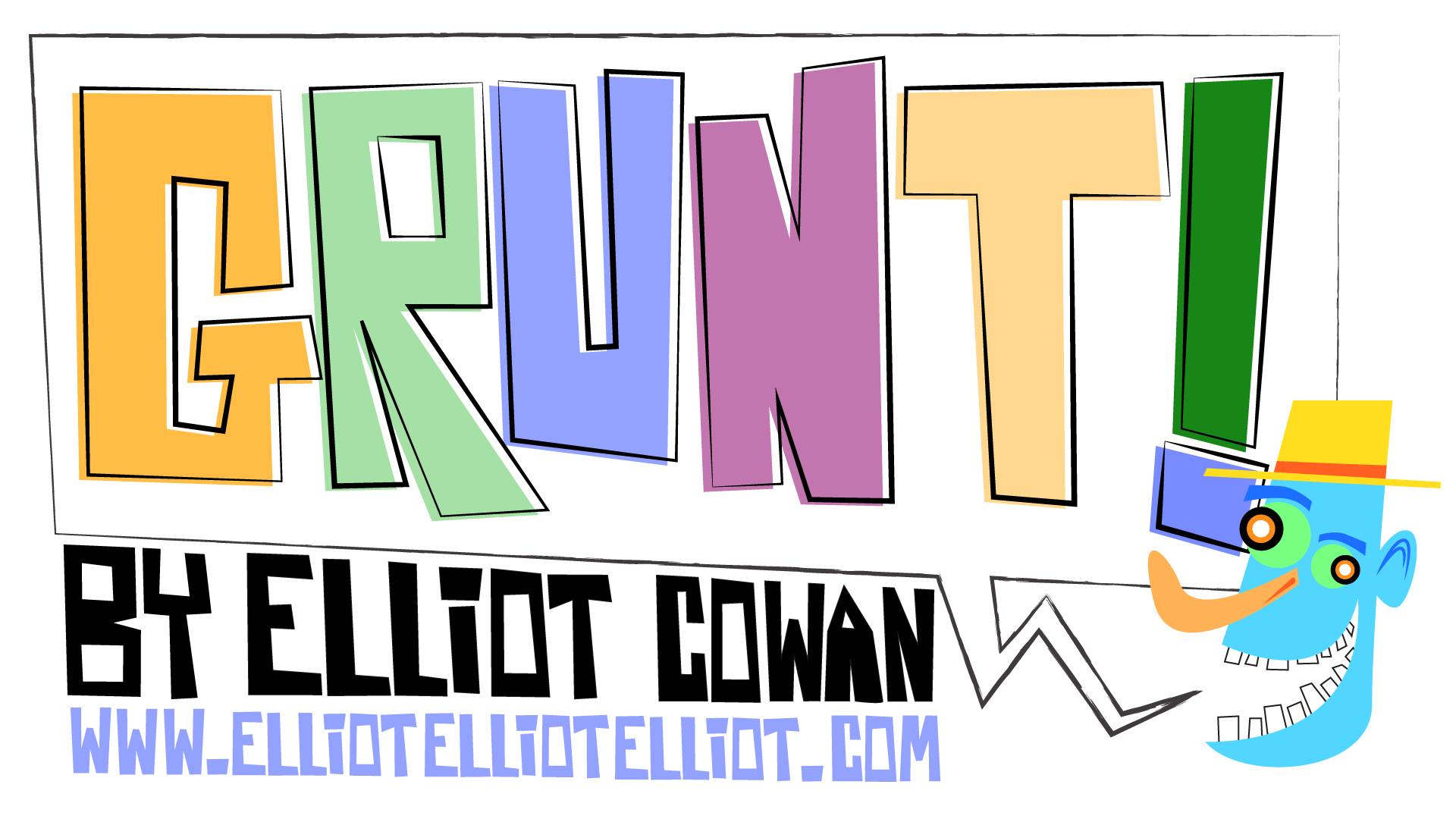 Award winning International artist, animator and film maker Elliot Cowan invites you to attend the opening of his first solo show GRUNT! in the United States.

Elliot presents a collection of paintings, drawings, sculptures, and digital illustrations that chart 10 years of an Australian living in Queens and traveling through the Complicated States of America.

Images inspired by traveling though the south, New England and time spent in Philadelphia, as well as a series of Australian iconography, including tributes to Paul Kelly, Deborah Conway and Mr Squiggle.

Opening reception is April 20 at 6pm and the show runs until May 13.
There will be drinks and nibbles and speeches and some other fun things to do.
Children very welcome.

Flushing Town Hall is minutes away from the Flushing Main Street stations of both the subway and the LIRR.

GRUNT!
Grunting is an important part of my artistic process.
When I’m dragging cardboard out of the closet I give a grunt.
If I’m reaching across the table to drag my knife through the paper I give a grunt.
Every time I drop something on the floor I grunt to pick it up.
If I can’t unscrew the lid of the ink I gave a might grunt when I open it.
When I finish a piece and I like it, I give a satisfied grunt.
If it’s not coming together I give an annoyed grunt.
Of course a “grunt” is often seen as an unskilled worker at the bottom of the ladder, but without grunts doing all the heavy lifting then nothing would get done and I’m happy to be included in that group of diggers and haulers.
I am also an immiGRUNT.
And I am the child of immigrants.
And my wife is the daughter of immigrants and my own children are the children of generations of immigrants.
Even my parents are the grandchildren of immigrants.
And all of the work in this show was done in Queens, the world capitol of immigrants.

About Flushing Town Hall:
The mission of Flushing Council on Culture and the Arts (FCCA) is to present multi-disciplinary global arts that engage and educate the global communities of Queens, New York and New York City, New York, in order to foster mutual appreciation. As advocates of arts equity since 1979, we support local, immigrant, national, and international artists, developing partnerships and collaborations that enhance our efforts.

As a member of New York City’s Cultural Institutions Group (CIG), we serve as stewards of Flushing Town Hall, restoring, managing and programming the historic 1862 landmark on behalf of the City of New York. FCCA celebrates the history of Queens as the home of Jazz, by presenting the finest in Jazz performance. We are committed to arts education and hands-on learning, for the arts-curious, arts enthusiasts, and professional artists. We serve one of the most diverse communities in the world, and strive to uphold the legacy of inclusiveness that has defined our community since the Flushing Remonstrance of 1657.

Our Vision is to foster artistic excellence and innovation. We bring audiences together via high-quality arts exposure and experiences through programs in Jazz, classical and world music, theater, dance and spoken word, family and education programs, senior programs, exhibitions and free community events. Our multi-disciplinary programming reflects the diversity of our local community, while introducing audiences to new art forms and genres, and providing opportunities for artists to celebrate their traditional arts and create new work.

Flushing Town Hall building mission Starting in 1990, FCCA began a 9-year, $8 Million restoration of historic Flushing Town Hall (FTH), a landmark (1862) owned by the City of New York, transforming it into a thriving multi-disciplinary arts center that includes a 308-seat theater, gallery, garden, classroom and rehearsal space. FCCA joined New York City’s Cultural Institutions Group (CIG) in 1995; part of its mission is to act as a steward of this historic building on behalf of the city. FCCA is also a Smithsonian Affiliate. In 2013 FCCA completed new renovations of the exterior garden and front portico of Flushing Town Hall, and in 2014 completed an extensive interior renovation project, which included new flooring in the 1st floor lobbies and gift shop, new Heating, Ventilation and Aair Conditioning (HVAC) systems, and new floors, seats, risers, and painting of the 2nd floor theater.

FCCA bridges the past and present of Queens: Since its founding, FCCA has been recognized as the foremost presenter of Jazz in Queens, a borough that was the residence of many of the 20th century’s greatest Jazz artists, including Louis Armstrong, Duke Ellington, Ella Fitzgerald, Dizzy Gilespie, Billie Holiday, Benny Goodman, Charles Mingus, Count Basie, John Coltrane, and many more. FCCA celebrates this legacy not only with regular Jazz concerts featuring the masters of today, but also through the Queens Jazz Trail Map, which it developed, through the Queens Jazz Orchestra, which it founded, and through regular Jazz Jams and clinics to train the next generation of artists.

At the same time, FCCA’s programming has evolved with the community around it, with an increased focus on the arts and cultures of China and Korea in particular. To address these growing populations in the neighborhood, FCCA has formed a Chinese Cultural Committee and a Korean Cultural Committee. FCCA has also expanded its programming to include arts from Latin America and South Asia. The hallmark of FCCA’s current programming is a cross-cultural focus: works that fuse or bridge different cultures, as well as larger programs that bring together presentations of art forms from different parts of the world. This approach aims to engage diverse audiences in appreciation of each others’ rich cultural heritage, fostering a mutual respect and understanding that can help to build community, in an environment in which people from all over the globe share the same space.