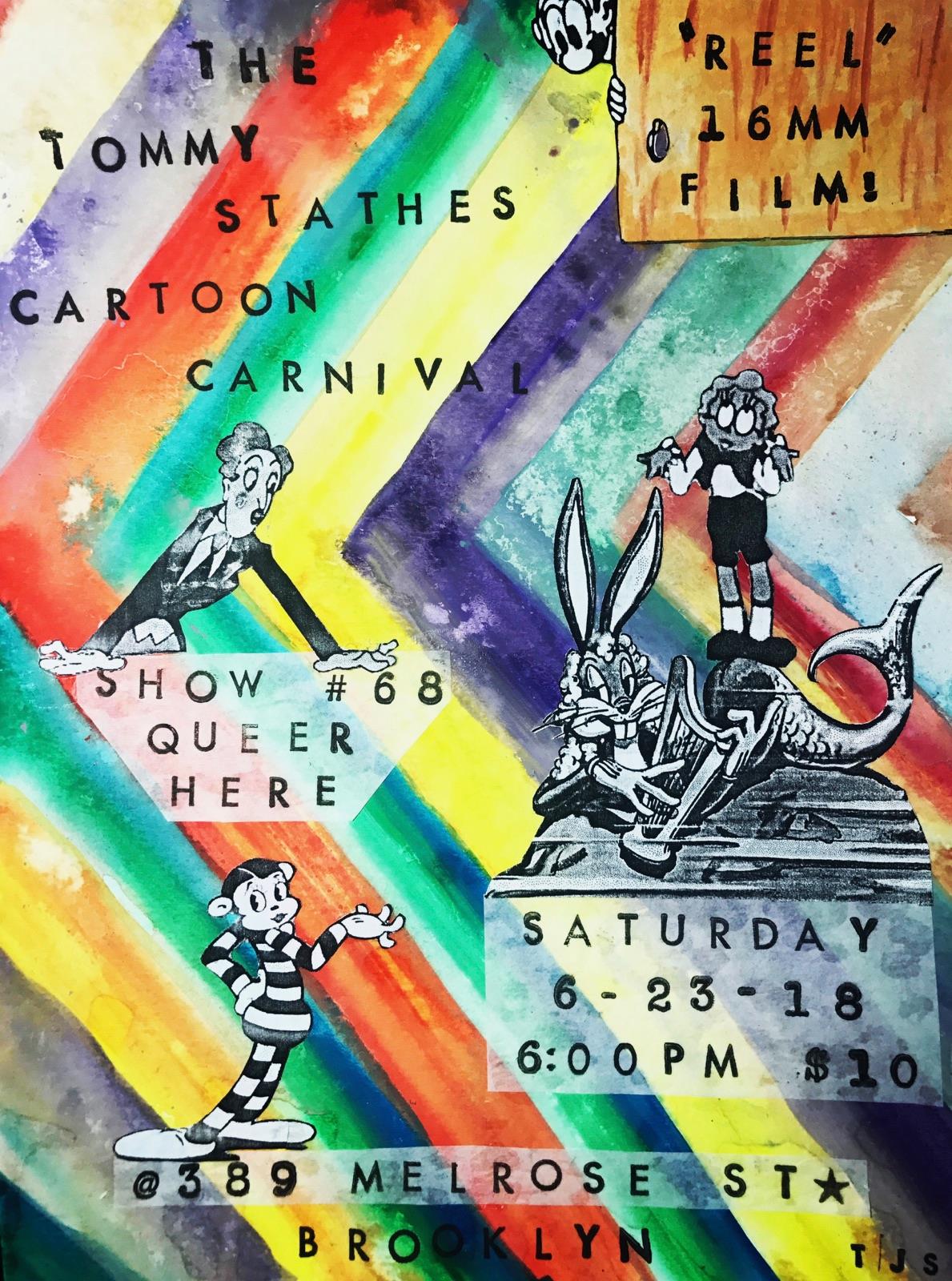 It’s time to sit back and relax for nearly two hours of more archival 16mm (no digital!) animated cartoons from the 1920s to the 1940s, straight from the Stathes Archives to that secret silver screen in Bushwick…

June is Pride Month! For the first time in its nine year run, the Tommy Stathes Cartoon Carnival showcases an under-acknowledged population in animation’s past.

Throughout history, derogatory stereotyping of minority groups has been recurring theme in popular culture and the mainstream media. Animated films were certainly no exception, and a large portion of animation history is plagued with denigrating material. In addition to the overt racism and sexism present in a lot of early animation, characters meant to represent members of the queer/transgender community were occasionally included in cameo appearances—serving as tropes, stereotypes, and tokens, without contributing much to a film’s plot. In a couple of other cases, these characters were headliners—a certain famous bunny comes to mind—although this aspect of their identities, while blatant and sometimes narrative-driving, went mostly unaddressed in open dialogues until recent years.

This special Pride edition of the Cartoon Carnival is respectfully curated by and for LGBTQIA+ individuals as well as their allies. Locking our difficult history away in vaults or completely erasing it helps no one. Some of these problematic images and attitudes are sadly not relegated only to the past, either. So, come on out with your loved ones as we focus on this obscure area of animation history, while hopefully reclaiming it in a positive light for a community that needs all the support it can get…every month of the year.