Posted by Tristian on May 18, 2013 in Industry Events | No Comments 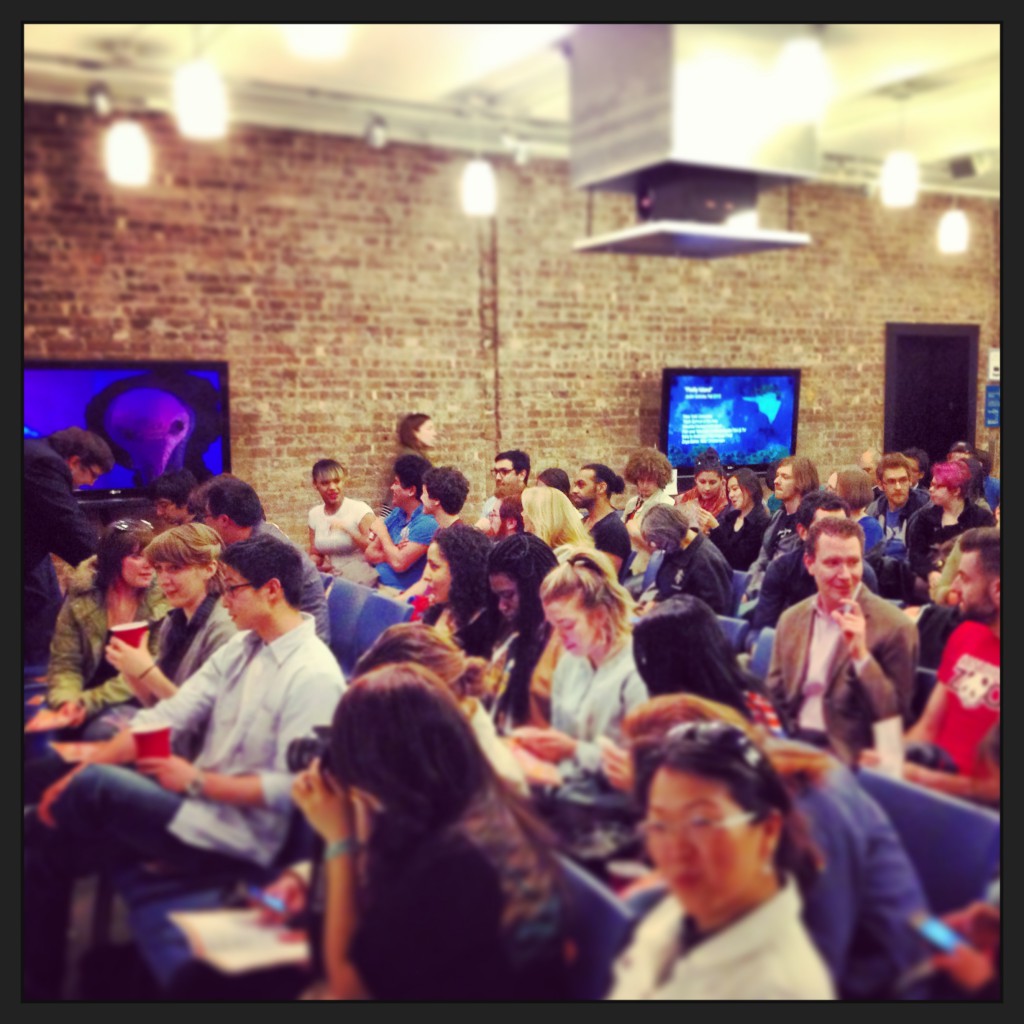 Manticores, dandies, and party streamers took over the 9th floor of the Tisch building on Monday the 13th.  Lots of happy animators roamed around, finding a place among a sea of blue chairs, eating prosciutto and cheese, and inspecting puppet-armatures.  If you are a Tisch Alumni, the gap between the 4pm and 7pm screening is the perfect opportunity to connect with old classmates and professors.  People are just getting off work and there are plenty of frosh to mingle with.  Professor Canemaker is still going strong and looking dapper, while Professor Lennert is hunting down students who graduated years ago with out quite exactly finishing their films.  Prof. McNagny checked on his 3D students (3D CGI animation recently became a master class in and of itself) and Zoya Baker eagerly awaited the screenings of her freshmen-students.  And in recent years, my classmates Stephen MacKenzie and Matt Christensen have even become adjuncts.  The Tisch animation lab is quite a tight-knit community. 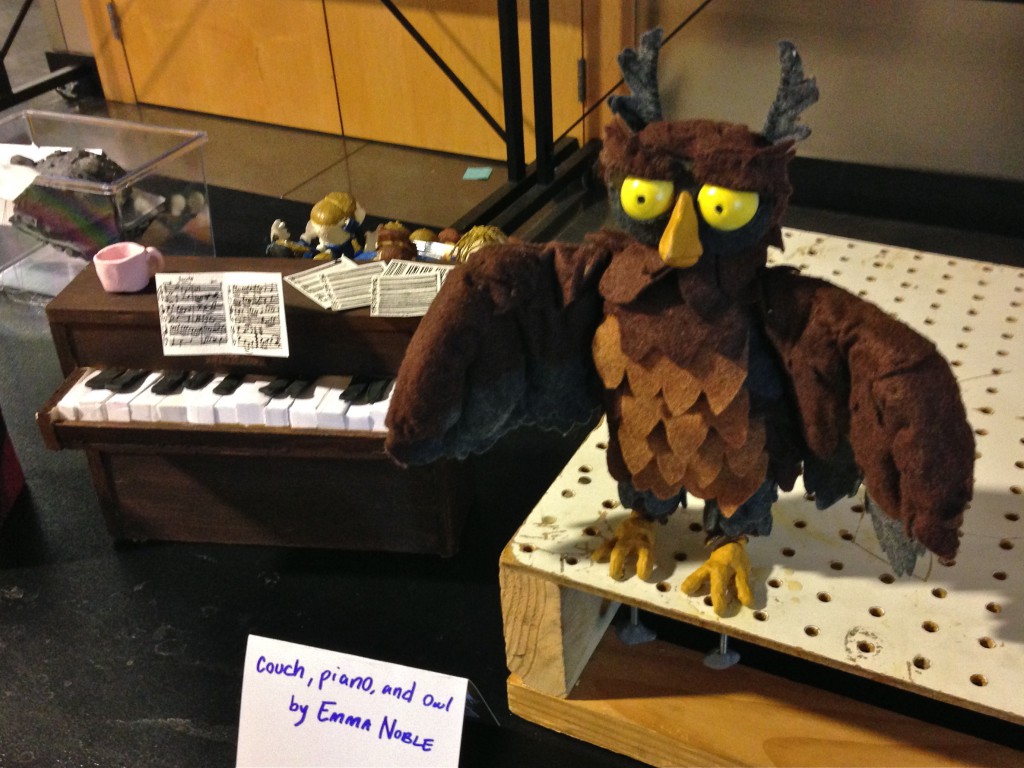 “Owl and Mouse” by Emma Noble

This story stands out because the obvious relationship between predator and prey is thrown out the window by the sheer kind hearted nature of the characters.  Throw in excellent classical piano music and engaging editing within gag-jokes, and you get a great thesis film.

A boy’s simple snow day takes a dark turn in this hectic cartoon.  Efficiently timed key-poses and a solid sound track make for a great comedy that reminds me of “Calvin & Hobbes.”  The limited color palette really brings out Kaishu’s unique tooning style.

A hunter and his daughter learn lessons from the woods.  The bears in question are remarkable giant circles in design, and express a lot of emotion through little detail.  The animation’s color is blended together serenely with no stroked outlines.  “Bears” is not online, but “Shrek 5” which also screened is available, and earned one hearty guffaw from me over a Mickey Mouse joke. 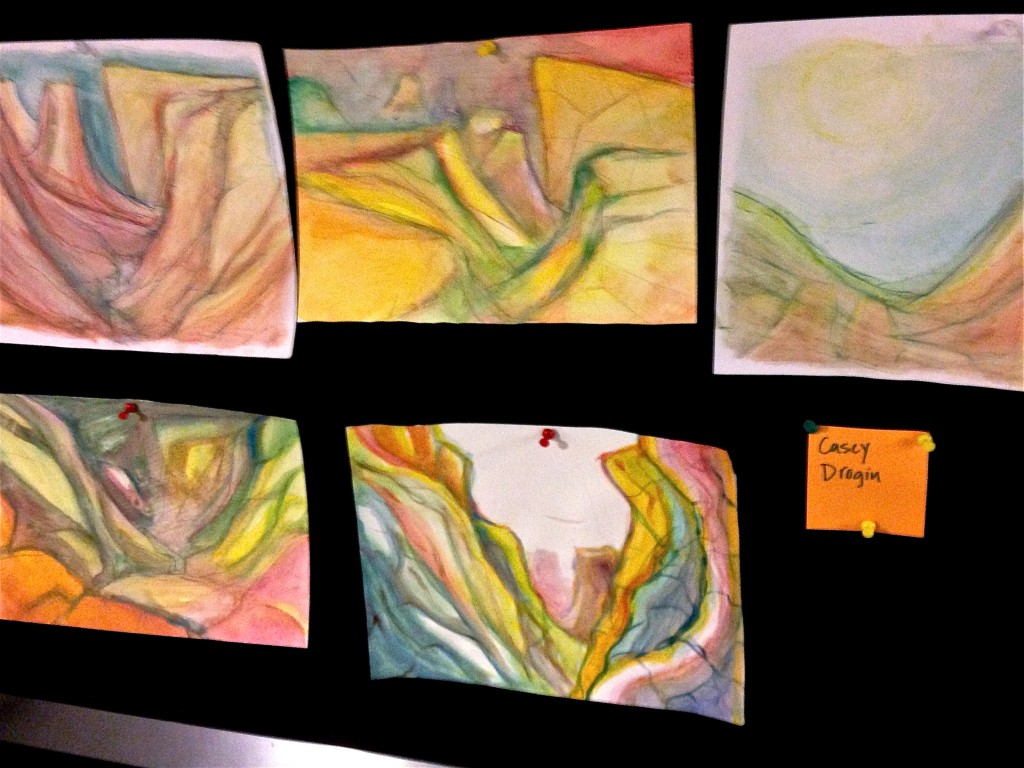 “From Dirt to Dust” by Casey Drogin

An old tree struggles to escape an overwhelmingly gorgeous landscape.  His features and emotions are scratched out in a jagged black pen, with lines that emote more than they define.  Very purty.  And amazing sound design of creaking wood really brings it to life. 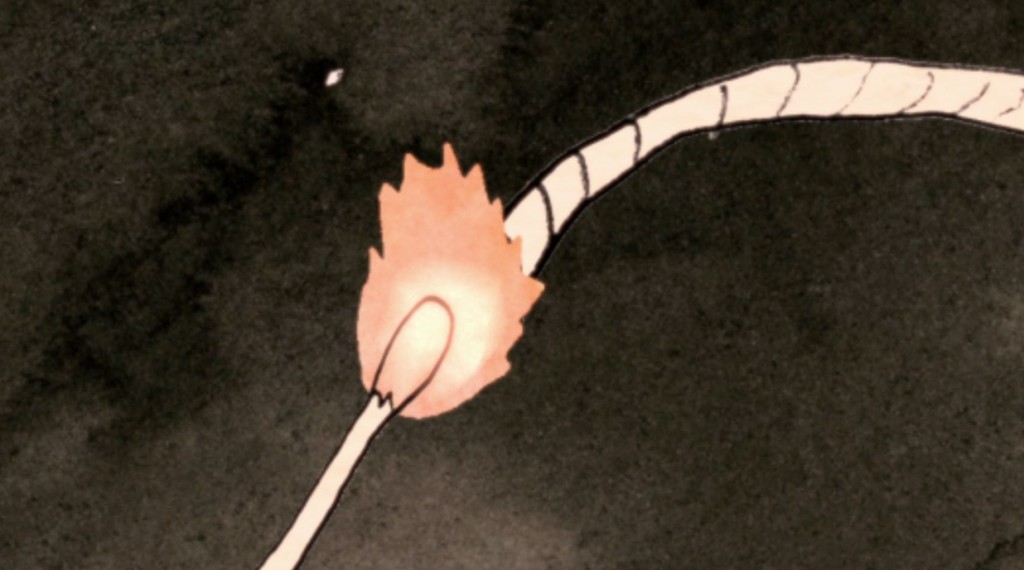 “The Pyrotechnician’s Daughter” by Courtney Taniguchi

NYU always gave us an emphasis on story, and this film engaged me with it’s protagonist’s Southern Drawl, and unique version of the “opposites attract” love story.  The animation is childish and lovable, but the message is strong, mature, and takes it’s root in Woody Guthrie’s anti-bomb music.  It’s a smart take on the world today, as Courtney’s sly “United Colors of Benetton” reference suggests. 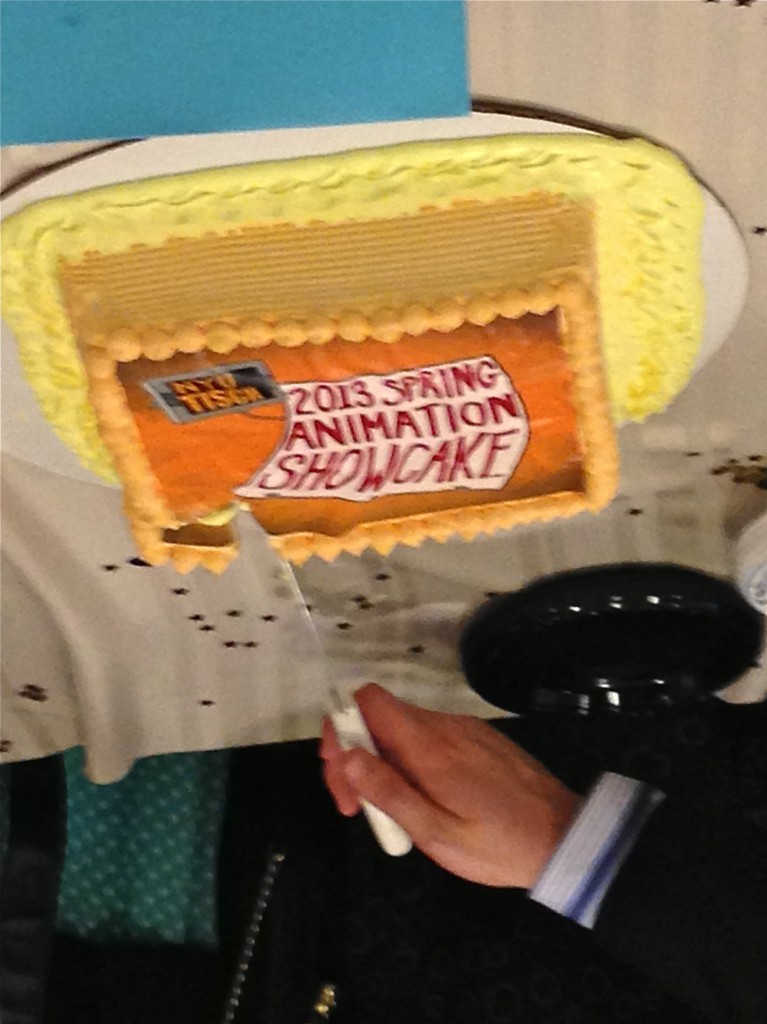