Posted by Tristian on Oct 12, 2016 in Uncategorized | No Comments

Once upon a time there was a glass tower, standing at the edge of a metal forest, looking over the River of East.  Its mighty walls were fortified with the cleverest of pyramids and its hall were bathed in golden globes of light.  Visitors to this strange place could rest their weary feet on grass that never faded.  Inside, near the first quarter of the moon, you could see marvelous paintings come to life.  It was called… 180 Maiden Lane. 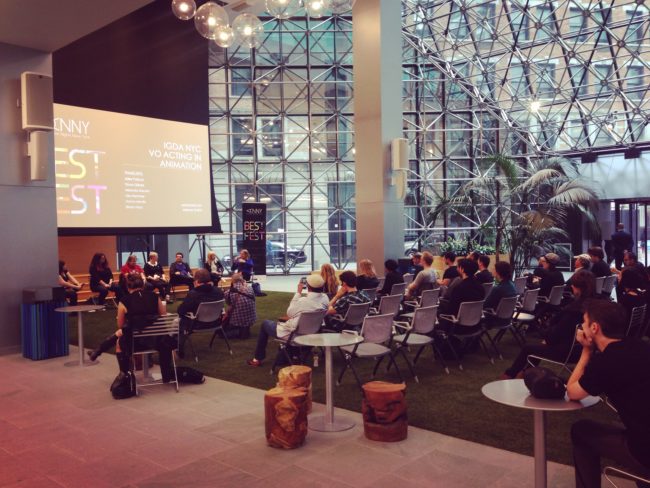 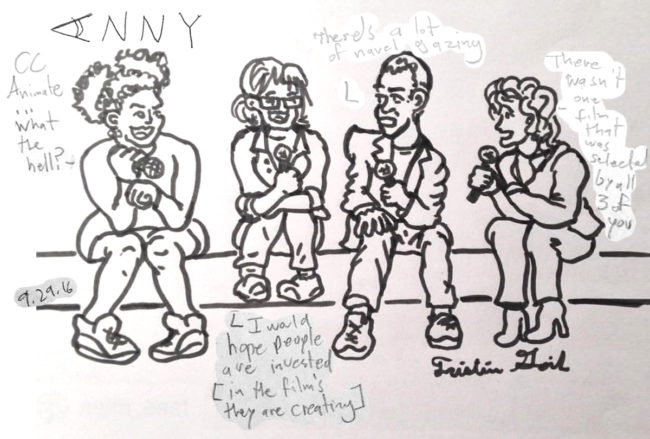 After one year of monthly screenings, 20 films were selected to be shown as the best of the festival.  The 3 judges who picked these films were Emily Hubley (animator, The Toe Tactic, Hedwig and the Angry Inch) Anthony Haden-Guest (author, True Colors: The Real Life of the Art World) and Leah Shore (animator, Old Man, BOOBatary). 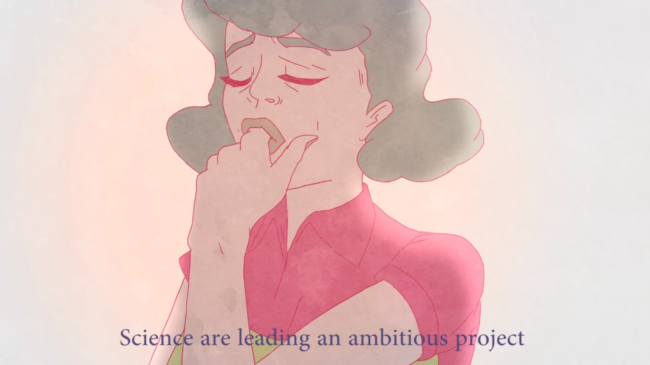 A panel featuring Bidslate (a non-curated film-sale global marketplace), Vuier (a DIY platform to sell films on demand), ViviCast Media (a traditional aggregator for 4k, HDR, virtual and augmented reality videos) and BatteryPop (a curated kids-video platform).   Some of these companies believe in curating content.  Pros: Content is maintained at a level of professional quality Americans have grown to expect from TV, and films are bundled together by themes and likeness, which make them easier to sell as group packages.  Cons: Companies with bigger name recognition could influence the curators by requesting not to be placed next to amateur films, and certain minority subject matters (LGBT) might be excluded from the certain markets.   If any animators want to present themselves as a group for distribution, they are encouraged to pitch their ‘group story,’ explaining what makes them unique as a gang and how they came together, what they have in common, and what the total experience offers.  There are a few offers of branded content (eg: BatteryPop pairing with General Mills to provide a Saturday morning cartoon breakfast experience).  Gaming consoles and smart TVs are slowly growing away from purely mainstream content. 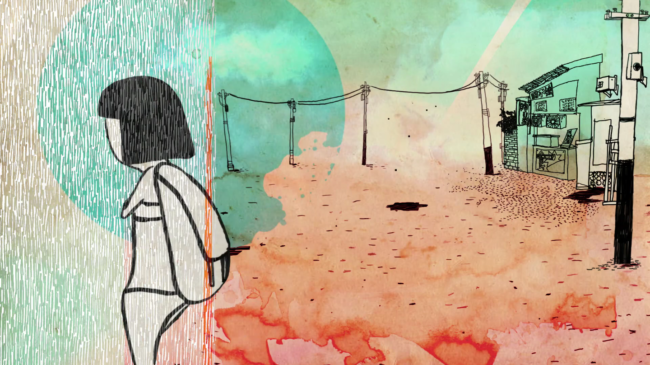 8 Balles / 8 Bullets – Frank Ternier (2014) – The story of a family recovering from violent trauma in a foreign land, told in many layers.

A panel featuring Hayburn Studios (Glasgow, teaching animation to the homeless/rehabilitated/imprisoned), The Animation Project and Mythic Bridge (NYC, teaching animation/film to at-risk youth), #MetKids (Metropolitan Museum, providing animation summer camps).  Children exposed to art at a young age are more likely to visit museums as adults.  Several of the founders of the studios started their outreach programs after a certain amount of guilt for their wild youthful partying.  HS believes that storytelling is a means of ‘drawing out’ issues (pun!) “so much is lost if you don’t celebrate the whole [animation] at the end…having a tangible object [DVD] at the end is really important.”  TAP says that it’s expensive to run programs so you have to look at the results: developing technical skills, and art therapy.  In the UK the program has public funding (Glasgow Drug Corps) and some private donors, but in the US a lot of time is spent looking for funds (Kickstarter).  They also use a for-profit branch of the studio to raise money.  Some kids can graduate as mentors, then to interns, and finally could get placed in the for-profit.  Film-making as a way to get kids to understand their own decisions.  TAP gets support from the NY Rehab/Prevention Agency… when big banks were fined after 2008, some of the money went back into this agency and these programs. 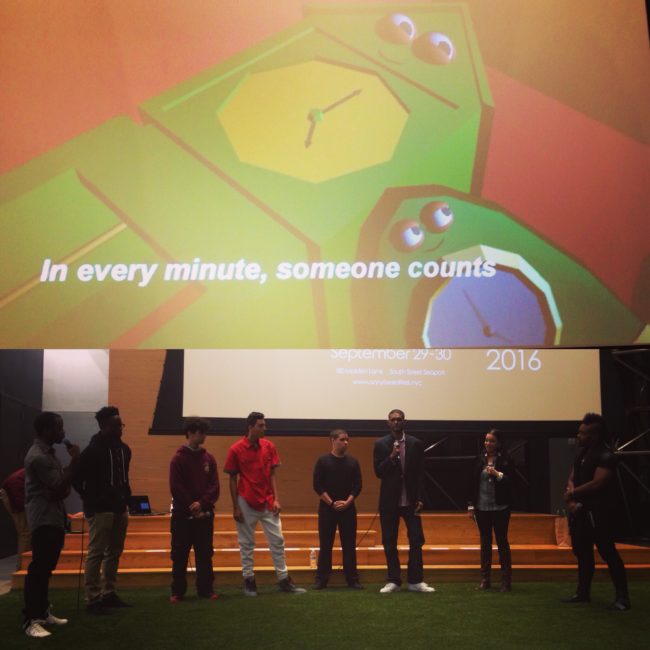 The Animation Project: The Cut –

“Follow your instincts and you’ll find someone who will get you.”  About ten teens did the cutest presentation about their experiences at The Animation Project.  Every film had a message, usually a title card to underline the point, about some way they were reinventing themselves.  They demonstrated their extreme unity as a team, and every-time someone finished their statement and was done with the microphone, they let everyone know by saying “I’m going to hand the mic to my friend/brother/sister…”  (that was awesome, I loved it, HUGE).  One program of TAP could pick about 12 people out of 200 applicants.  A few of these kids were unaccustomed to summer camp (or to lower Manhattan or parts of Brooklyn) “When I first came in, I was alone… I was weird and dickless.”  But it changed their lives: entering a probation office in Staten Island, an at-risk youth was faced with two choices: pizza and movies, or a computer lab.   “I choose life’s greatest food… animation.  And I don’t regret it a single day.”  The films represented the harsh choices the teens had to make at a young age; the stories involved real people, or crayon-people.  The films usually were scored by some sort of rap ballad that set the gritty tone of a New York teen.  I should’ve written the lyrics down, but I was distracted by the genuine goofiness of some of the animation.  The teens are led step by step through the film-making process, from story-boarding to final render.  They even get client work: I’m Too Young for This: Raise the Age was a film commissioned by Raise the Age #youthrepresented to bring attention to teens who get sent to adult prisons: “All these voices, but there’s no voice of reason.”  And they got their first experience with client notes, MWAHAHA! 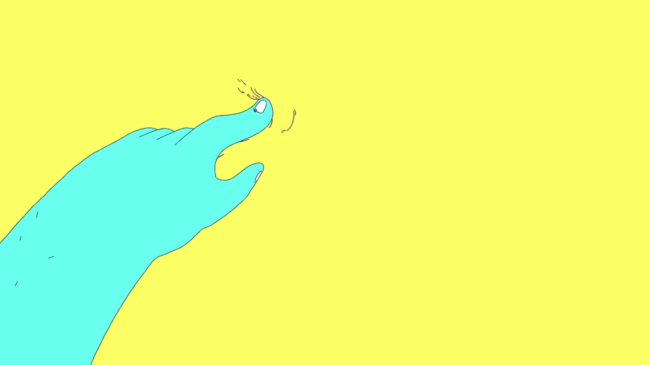 I caught the tail end of this workshop, and was impressed by the amount of research presented by this crowd-funding platform.  As usual, you should generally be very polite and friendly to everyone and not stop talking to them.  People usually contribute at the beginning and at the end of the campaign, and it’s the middle you want to pursue.    Keep the conversation going, if someone doesn’t contribute, ask why, maybe they can recommend other potential contributors or at least share your campaign.  Make a schedule [they presented a huge weekly schedule of a 30 day campaign] of your day to day tasks; reevaluate after each week and eliminate steps that don’t produce results.  Run the campaign with multiple people of different skill sets, like organizers and graphics people.  Try to go to IRL in real life meetups, for a personal connection, and to get those email addresses.  Provide constant production updates, stills, photos, behind the scenes, 2-3x a week, creates a bond with contributors.  THE FIRST 90 SECONDS OF A FUND VIDEO ARE THE MOST IMPORTANT.  Only 30% of your audience will contribute, don’t cry about it.  Use teases on social media to get people to click through to your campaign page.  Continue engaging your contributors after the campaign ends, it could lead to repeat contributors for future campaigns. 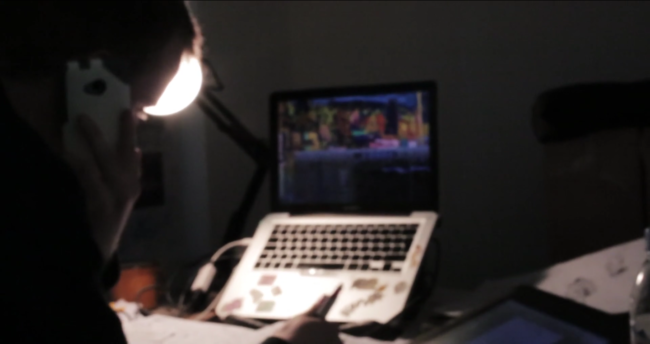 Virtual Reality Immersive Experiences (RevrieVR)  – a selection of different VR experiences, ranging from phones to full sets, van Gogh paintings brought to 3d (simple texture mapping of Gogh’s style, but brushed halo around lights were a nice touch, maneuverability awkward), VR comic books (Max & Charlie in progress but great potential for a Harry Potter Painting like experience), adaptations of the Little Prince (where you get to walk around B-612), music videos with goofy characters that know when you are looking at them, and more. 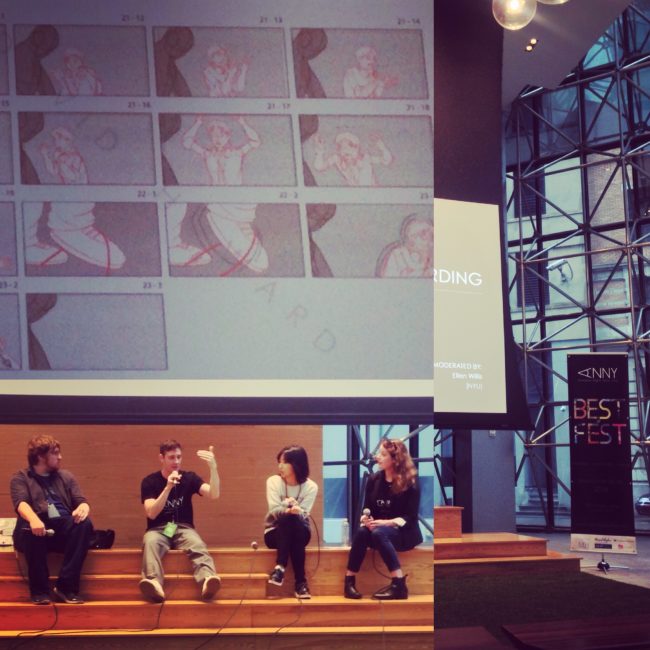 This panel consisted of story-boarders from Blue Sky, Outlander, and our very own David Howard.  Their various backgrounds include live action, painting, comics, and writing.  While boarding on paper makes you a slave to the backgrounds, it also makes you more selective about what you put down.  On digital you get to concentrate more on animation-elements, like expressions, but its harder to get the rougher looser style.  Everybody still carries a sketchbook.  Director’s always have a starting point, if not a vision, and it leads to a conversation about what they want.  Or talk to a cinematographer or DP of the project.  You can always take a board out.  “It’s a very disposable medium…”  It’s good to have ideas of your own, but don’t get too attached.  Pick the director’s brain, and provide options to determine the beats and pacing.  If you have the luxury of the script, start making thumbnails and marking notes.  Storyboards are 80% thinking and 20% drawing.  Preparation in communication.  More sketching, focus on what matters, clarity of pose and emotion valued over staying on model.  The internet is a great place to get sample boards.  Consider the constrictions of the animation medium: 3D is tough for crowd scenes, and Family Guy has limited animation.  It’s also important to physically break away from boarding, to keep it fresh.  Push yourself to try new styles and things you are not used too.  There are 3 kinds of boarding: features (dialogue heavy), TV (faster production and more 3 camera), and commercials (sequential and higher quality).  Be prepared with some acting and a good voice when pitching your boards.  Look up the book “Framed Ink” 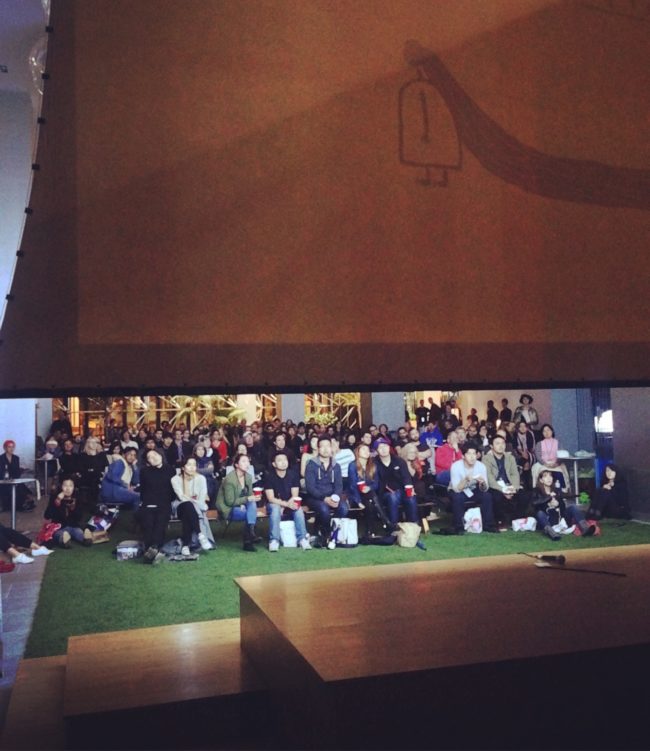 ANNY continues to hold monthly screenings, and some extra re-screen events, so please join their newsletter on their website.  I am pleased to say I have started to help curate the festival in August, joining Yvette Grzenkowicz, Michael Collins, Brett Thompson and Andy London.  But there are still plenty of submissions to watch, so I wrap this up.  See you at the fest next year!